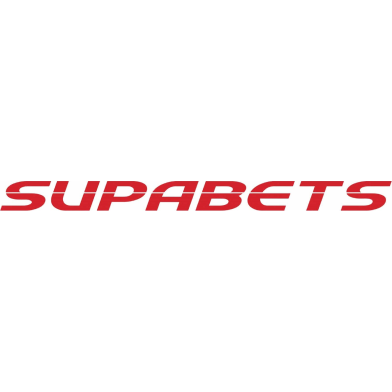 We calculated the margin for SupaBets by analyzing the odds they offer. We further ranked them in one of the following three categories:

We got our results by taking into account the odds for final result outcomes measured in line with the over / under for different football leagues. Getting the average results using this method, we were able to obtain the margins for each league and the overall betting margin for the bookmaker.

SupaBets has an overall average margin of 6.02% and falls in the normal category. In the first section with Spanish La Liga and Seria A, the margin is at 5.77%. With Premier League and Championship, in the second section, the margin is at 5.73%. Finally, taking the Netherlands Eredivisie, Polish Ekstraklasa and Austrian Bundesliga into account, the margin is at 6.55%.

Range of Sports and Markets - Good

With a number of markets missing when compared to other more established bookmakers, Supabets still caters or customers interested in the traditional sports events. As aforementioned, the absence of the horseracing, eSport would not come as a surprise to many.

However, sports like football, basketball, tennis, ice-hockey, volleyball feature on a daily basis and lots of options revolve around these strong areas of preferences. As of the time of this review, Supabets currently had over 20+ different sports in their arsenal with adequate options to wager on.

The virtual column is not left out, with also a lot of virtual games to stake on. The virtual world has quickly made its footprints, owing to the fact that it’s a much faster process. Customers can decide their fates in matters of seconds. Supabets are not lagging behind as they offer about eight virtual games as at the time of this review. This includes the likes of Tribal Mask, Win Huge Bonus, Super Slot, Win Double, Power-3, Which one is the lion? Lucky Slot Machine and Supa Arena.

Like some other strong bookmaker competitors, Supabets also possesses the Jackpot feature with the Soccer 4, Soccer 6, Soccer 10 and Soccer 13 Jackpots. With about five daily pooled jackpots of about NGN90 million per day and unlimited ticket selections, the customer stands a chance to change their fortunes. The aim of the Jackpot is to correctly predict the outcome of certain numbers of games that would be selected by the bookmaker (Supabets). In a condition were one correctly predicts the outcome of those games, the money in the Jackpot is shared among the winners and according to a number of correct picks they made.

The most popular sports on Supabets are Football, Basketball, and Tennis which are given probably way too much attention. This is not doubted as you can see the prominence on the front page of the platform. For the football lovers, they offer matches from over a hundred leagues from over fifty countries on their sport-book. These include both the domestic and international competitions and bettors can place bets on a lot of options from match-winner, double chance, both team to score, first goalscorer, handicaps, cards and corner options not forgetting other special offers.

Like many other bookies in Nigeria, Supabets offers the “Live” features. It is seen on the home page of the website and Supabets have done well to also include lots of sports even the non-traditional sports and also backed with a lot of betting options to wager on. Unlike most bookmakers that focus their live bets on mostly on football, basketball, and tennis, Supabets have gone ahead to include sports like rugby, volleyball, ice hockey, baseball, and even handball.

Unfortunately, they do not have the live streaming feature though this is expected as they are some worth new in the game. Although, they have the live score feature to cover for these lapses. They also have the 2D dots animator or game tracker to show the movement of the ball on the field of play.

Supabets are a South African bookmaker who caters to customers across the continent, with the company has made great strides in the industry following its establishment in 2008.

Since moving to Nigeria, they have so far been licensed by the Lagos gambling board and are currently powered by popular browser Opera which has further boosted their popularity. Supabets ensure customers' issues are treated immediately and with care from their always available customer service. The stand out for them is their wide range of sports and options to wager on and their live score feature not forgetting the in-depth statistics of games to enhance customers betting.

All bookmakers
Review rating: 0 / 5
Rate:
Add a review Leave a comment
Unfortunately, most people only write reviews when they are dissatisfied, and when they are satisfied with everything, they are silent. We ask you to also fill in the «Good» field so that your feedback remains as objective as possible. We are sure that you will be able to specify both pros and cons of the bookmaker Supabets.
Comments