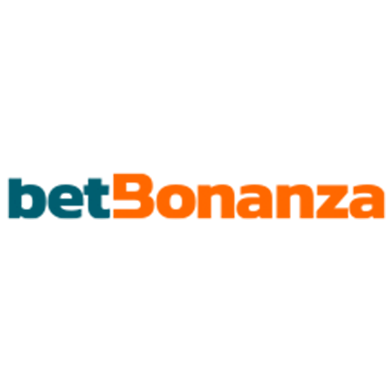 We calculated the margin for BetBonanza by analyzing the odds they offer. We further ranked them in one of the following three categories:

We got our results by taking into account the odds for final result outcomes measured in line with the over / under for different football leagues. Getting the average results using this method, we were able to obtain the margins for each league and the overall betting margin for the bookmaker.

BetBonanza has an overall average margin of 5.6% and falls in the normal category. In the first section with Spanish La Liga and Seria A, the margin is at 5.58%. With Premier League and Championship, in the second section, the margin is at 5.18%. Finally, taking the Netherlands Eredivisie, Polish Ekstraklasa and Austrian Bundesliga into account, the margin is at 6.03%.

Range of Sports and Markets - Good

Unlike many other bookmakers, Betbonanza is still relatively new (2014) and doesn't offer as many options as the bookies who have existed far earlier.

In all, punters can select from around 20-30 sports and dozens of leagues around the world. With the most prominent being the likes of football, basketball, baseball, tennis.

They also offer a variety of Esports competitions to pick from for the Esports lovers.

Football is the most prominent sport in Nigeria and it's not surprising Betbonanza comes in with much emphasis on Football as well.

BetBonanza also spans through dozens of other international football leagues including the MLS.

Football fans have thousands of markets with regard to football betting opportunities. They also have a wide range of options when it comes to basketball. Aside from the NBA and NCAA, BetBonanza accepts bets on a wide variety of basketball leagues such as the World Cup, International Friendlies, Euroleague, SBL Women and many more.

BetBonanza also has a unique statistics page that shows a lot of detailed stats regarding match events from team form to head to head and goals scored in the Football market. This helps punters make more feasible decisions based on relevant stats.

Live betting continues to be a game-changer from bookies and it is a standard at BetBonanza. The idea is pretty simple. Customers can place bets while a game is in progress. This gives the opportunity to salvage their losing bets or double down on winning ones. Although you have to be quick enough because the odds are constantly shifting.

Placing a live in-play bet at BetBonanza is simple. Click or tap on the “Live” button at the top left side of the main page and then select the sport and the particular game from the menu.

You will be displayed a few basic betting options coupled with a link to other available bets. Your bet slip instantly appears on the right of the screen when you select a bet. Enter your wager amount and submit your bet. Now, relax and hope to get yourself a good win.

One of the features that make in-play betting even more enjoyable is the live streaming option. However, BetBonanza does not offer this at the moment. Maybe sometime in the future.

There is also a swift cash-out option that customers can take advantage of. You can cut losses on your bet slip by cashing out a percentage of expected total winnings when the game is looking in doubt.

Being new among bookies in Nigeria, they still have a lot to improve in terms of the design of their website.

BetBonanza has some great incentives to boost your interest and it all begins with their generous bonus for new customers. Existing customers can also take advantage of special promotions like reload bonuses and other interesting offers.

BetBonanza has some great incentives to boost your interest and it all begins with their generous bonus for new customers. Existing customers can also take advantage of special promotions like reload bonuses and other interesting offers.

Founded in 2014, Nigerian-based BetBonanza has worked diligently to become a gambling operator you can trust. The company strives to put customers and workers first. Being Nigerian based, they have one of the nostalgic feelings of being owned and started in Nigeria itself rather from Europe or other countries at large. They have provided the Nigerian gambling community an entertaining and rewarding experience.

Licensed by the Lagos State Lottery Board, BetBonanza is known for its football prominence and extensive online casino markets. However, the addition of a world-class sportsbook makes them a one-stop-destination for all types of online gambling bettors.

Go to the website of the bookmaker
betbonanza.com
Review rating: 0 / 5
Rate:
Add a review Leave a comment
Unfortunately, most people only write reviews when they are dissatisfied, and when they are satisfied with everything, they are silent. We ask you to also fill in the «Good» field so that your feedback remains as objective as possible. We are sure that you will be able to specify both pros and cons of the bookmaker BetBonanza.
Comments