Betting on goals in soccer

Goals are the main features of a soccer game, and betting on goals is one of the most popular betting options between a bookmaker and his client. There are a lot of options for betting on goals scored, in this material we will consider the main offers of bookmakers, as well as talk about the factors that can influence the outcome of these bets. 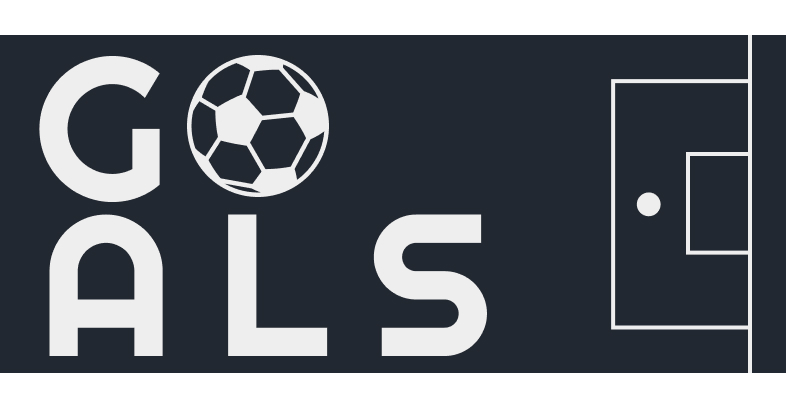 Betting on the number of goals

Goal statistics in soccer are the main aspect when choosing bets on the number of goals scored. Before making such a bet, it is worth reading the performance indicators of both participants of the match, to find out how many goals on average each of them scores, when they are scored more often, and to study the statistics of personal meetings - it will show, as usual the interaction between the lines of attack and defense of these commands.

From the word "total" it is necessary to understand the total number of goals scored in a particular half or in the whole match. For a bet on the total, the player is asked to predict whether the number scored will exceed the number (or even does not reach it).

In bookmakers' lines, betting on totals of statistics is briefly referred to as "TB" (total more) or "TM" (total smaller), with each option accompanied by a quantitative total. For example, if a player bets "total more than 2.5 goals" and teams score three goals or more, the bet wins (3>2.5), and if in the same bet both teams score just two goals, it loses (2< 2.5). The attractiveness of such a bet is that it can bring a win with several results: the main thing is to choose the right quantitative indicator and guess with the option "more" or "less".

When selecting bets on total, bookmaker’s clients study not only the statistics of goals, but also find out whether the main scorers of the teams will take part in the upcoming match. The importance of matches also influences the effectiveness: often in a less responsible match, head coaches will rest the main players to save them for a more purposeful game.

We will also add that the totals can be either European and Asian. European total is more accustomed for domestic players: it can be as whole (1, 2, 3), and fractional (0.5, 1.5, 2.5, 3.5). The Asian total differs in both its numerical value and the way the bet is calculated, but its main difference from the European one is the ability to return money (or parts of them) if the numerical value you set coincides with the game’s result.

Though a bet on a total can win even with several possible results, the bet on the exact number of goals is more specific, although in some cases may also imply a small variability.

In bookmaker’s lines there are two variants of these bets. In one of them it is necessary to bet on a specific number of goals: such a bet will be won only if the match was scored exactly the number that the better chose.

Another option of such a bet is for the number of goals scored in the specified range. It's usually small. This range, by the way, is fickle and can vary based on trends in the statistics of playing teams or other factors.

Some bookmakers mark right in the line that only goals scored in the main time will be counted, some do not emphasize it, but expect the same if the line does not specify otherwise.

Also, bookmakers offer similar bets with a link to a particular team: in this variant it is necessary to predict either the exact number of goals of the selected team, or choose the correct amount of goals within a small range. The number of goals scored during the main time of the game will also be taken into account in the calculation of such a bet.

The bets on the number of goals, albeit with a stretch, can be attributed to bets on a hat-trick in the match. In some cases it may be a bet where you choose which player will score a hat-trick, but more often than not bookmakers offer to bet simply on whether there will be one in general or not. To win such a bet, a player must score three goals in the main time of one particular game. This happens infrequently, and therefore the odds for a hat-trick are usually quite high. And if the team or players performances have been lacking as of late the odds will naturally be higher.

Betting on the first and last goal: who, when and how?

Most domestic legal bookmakers offer bets on the time of the first and/or last goal. It is worth noting that these are not the exact moments when the ball is scored, but a valid time period. For example, the times could be the first 15 minutes, the 15-30 minute mark, 30-45 and so on. So if you choose a time period during which a goal is scored, your bet will be a winner.

Statistics in football also includes goals by minute: such information may be of interest to customers of bookmakers trying to make successful bets based on the patterns identified here. They study the statistics of goals by the minutes of each team, find out in which time periods it scores more often, and in which periods of time they miss. Note that to treat such statistics as a guaranteed source of winning is unreasonable: even if the teams playing the game score more often during the 16th to the 30th minute of the match, it certainly can not guarantee that they will do the same in the next game.

Which team will score first?

In the line for the first goal, the player is given the opportunity to predict which team will open the scoring in the main time or in a particular half. Here everything is very simple and does not require additional explanation: the number 1 usually means the first team (hosts or the home team), number 2 - the second team (the away team).

A similar wager in the lines of most bookmakers is offered for the last goal in a soccer game. As in the "who scores the first goal" bet, the player should simply choose the team whose goal will be scored last in this game. It should be taken into account that goals in extra time are usually not taken into account here (unless the line does not specify otherwise), this rate will take into account only the main time of the match.

How they will score: betting on a goal with a head and more

And for fans of entertainment: bookmakers also offer to guess how exactly the goal will be scored in the match. Usually in the line is available for maximum options: bets on a header, a normal shot, because of the penalty area, etc.

Betting on goals in half-time

Individual goals of teams at half-times - with this option of betting the player’s selected team must score a goal in a certain half or in both halves (this option is also in the lines of many bookmakers).

Periodically on the Internet you can find talk about the market "no one will score in both halves." It is in this formulation that the option of betting in bookmakers is almost non-existent, and a more common analogue is a bet on a draw or a bet on the exact score of the match 0:0 (with a higher odds).

Bet «both will score»

This option is considered one of the most popular among players all over the world. Many newcomers ask questions like "what does "both score" mean?" and "what is OA in betting?". The answer is simple: "both teams will score" and "Oz" is the same thing, the second option is the abbreviation of the name of the bet. "Oz" in soccer betting means that both teams must score at least one goal during the main time. In the bookmakers' lines this can be referred to as "Oz - yes."

Accordingly, the "both will not score" bet is denoted as "Oz - no." In this version of the bet at least one team should not score a goal against the opponent. Also, if the match ends with a score of 0-0, the "Oz - no" bet wins.

More often than not, the "both will score" bet wins when the level and motivation of the teams coincide. Both teams often attack, sometimes forgetting about the defense.

Betting on the goalscorer

If there are goals, then that means someone scores them. Every club or national team has its own goal hounds who take on this responsibility more often than their team-mates. In this betting option, the player must choose the player who will score a goal in the upcoming game.

There are options for betting on individual players, such as "who will score a goal first at any time during the game" as well as individual totals of specific players.

In general, the results are distinguished by the forwards, the ratio for their goals is much lower than, for example, the defenders. But the latter can often also find goals against the opponents. For example, the captain of Real Madrid Sergio Ramos is a defender, but his goals are scored only a little less often by forwards. Before you choose these betting options, be sure to study the statistics of players of a particular team.

Also, some bookmakers give the player the opportunity to choose the scorer of the first or last goal in the game.

This type of bet attracts players by making a bet with a more attractive odds. For example, the goal factor in the first half before the match was 1.30, and after the 30th minute rose to 2.0. After watching the game and concluding that the teams will still open the score in the first half of the game, the player makes a bet with higher quotes.

Goal betting strategies: how to do it

If we talk about the strategy of "goal in the first half" or any other option associated with goals scored, here the main aspect of the selection of the bet will be the study of the statistics of the championship, in which the club or national team plays, as well as the performance of the team itself. There are a few main factors that should be considered and should be paid attention to if you decide to bet on goals in a football match.

Weather. The probability of goals depends on both the weather conditions and the quality of the coverage of the football field. You can hardly expect a lot of goals scored in heavy rain, and besides on the field, which is more like a dug-up vegetable garden.

The status of the match and the motivation of the players. The more important the match, the more likely the cautious play of both teams. No one wants to lose. And if both teams are satisfied with a draw, the probability of an assist extravaganza decreases. If both teams need to win, it is reasonable to assume that there will be a lot of goals scored.

And surprises. Soccer is an unpredictable game. And it often happens that teams play against statistics. Sometimes "scoring" teams can not break through the opponent's gates, and inconclusive teams, on the contrary, please the audience with an abundance of goals.