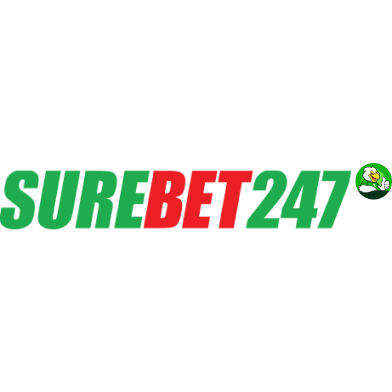 #15
in the users
ranking

Surebet247 has lots of sports to make a selection from. Not surprisingly football, basketball and ice hockey are the headliners as they contain more markets and betting options. Other available sports like tennis, handball, badminton, snooker, darts are all offered with many others. Other markets like martial arts, formula 1, cross country and stock car racing are available for selection. A highlight for them would be the uncommon sports Gaelic football and Gaelic hurling.

In all the major sports on the platform are out rightly football, basketball and ice hockey. We would be considering these sports in determining the average betting margin.

The most popular sports on virtually all bookmakers in general. The English Premier League being the most wagered competition serve as our focal point in determining the average margin for the tier 1 leagues this includes the Spanish La-Liga, German Bundesliga, Italian Serie A and the Ligue 1 in France. At the end of our calculation, the betting average was found to be 4.18.

And also considering the Turkish league that was used as a focal point for the tier 2 leagues and an average margin of 4.21 was obtained.

Also one of the popular sports on Surebet247 with equally wide varieties of competition and leagues. We considered the NBA and Euro League for the tier 1 competitions and the A1 in Greece as reference for the tier 2 competition, the average of both tier 1 & 2 was estimated at 5.13 and 5.17 respectively.

The most popular ice hockey leagues are the NHL in the United States of America and KHL in Russia. They served as the focal point for attaining the average margin which was estimated at 7.09.

Surebet247 gets the "good" remark on this section of this review. With a high number of varieties of the sports market and lots of sporting options to stake on which is pleasing to old clients as well as prospective clients.

Football which no doubt is the platform's major event and just like many other bookmakers, has the highest number of leagues and competitions on offer from the domestic and international scene. This is not excluding national team football.

Football houses the highest number of betting options with an average of at least 50 options unlike the major leagues like the UEFA Champions League and the English Premiership houses a minimum of 120 options available for wagering. Other sports are not left out as they have a decent number of options with the traditional events having more of the options.

Live betting feature has now become a trend in the betting business. Giving customers the chance to make winnings from live events with a decent number of options like next team to score, over and under goals, match winner and many more.

Live streaming feature though not really surprising is not available but the lapse is covered by the availability of the live score updates on live bet games. The only disadvantage is that you can only check the results of your games while they are live and if and only if they are available for live betting. This definitely would be a disappointment for prospective clients.

Also, their live betting column only covers football and this once again makes them a solely football oriented bookmaker and this can be a turnoff to new customers.

Bookmaker has a license for this country

Bonuses and promotions continue to be the trending thing among bookmakers. Over time bookmakers have introduced various bonus and promotion schemes to lure new customers and keep old customers. In this regard, Surebet247 is not far behind with a whole lot of promotions available at the time of this review.

This bonuses and promotions include:

Bonuses and promotions continue to be the trending thing among bookmakers. Over time bookmakers have introduced various bonus and promotion schemes to lure new customers and keep old customers. In this regard, Surebet247 is not far behind with a whole lot of promotions available at the time of this review.

This bonuses and promotions include:

Surebet247 is licensed by the Lagos State Lotteries Board and the Nigerian National Regulatory Commission. Since its establishment in 2011, they have achieved a great deal in becoming a name in the betting industry. The simplicity of their interface, as well as the availability of mobile apps for Android and iOS users added with competitive odds, is something to write home about.

They also offer a relatively high number of bonuses and promotions. All in all, this review shows that Surebet247 is going places, with just more innovation and branding needed to help them compete with other bookmakers.

Go to the website of the bookmaker
surebet247.com
Review rating: 0 / 5
Add a review Leave a comment
Unfortunately, more often than not people write reviews only when there are issues that still remain. When everything is running smoothly, they often do not write. We ask that you also fill in the positive field, so that the review can achieve its maximum objective. We are sure, that you will tell us the negatives, as well as the positives of these bookmakers.
Comments

Makarov
1 / 0 / 0
+60 ₦
Oops :(
This bookmaker is not a Legalbet partner,
but we have some alternatives:
Advertisement